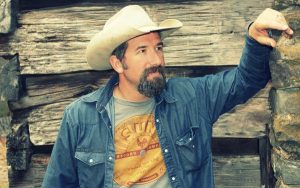 Matt Prater, a singer songwriter, is a great blend of Traditional Country and Honky Tonk sounds and soulful story telling with Folk, and Roots music influences. It’s music relevant to all generations.

“Picking up a guitar and learning to play is the easy part of songwriting. Stitching stories with a straight forward frankness and making it look easy is the tough part. Matt Prater aced both” -The Alternate Root Magazine

“There’s plenty of love in his music, which centers around his stories, and his rich melodic voice. The stories are delightful southern slices of life, each one complete in it’s telling; his voice draws you in and makes you want to listen to every word. It’s music that never gets old.” -No’Ala Magazine “

Matt keeps a full schedule independently touring songwriter showcases, music venues and festivals such as Frank Brown International Songwriter’s Festival, Songs on The Bayou-Road to 3rd Street and Black Warrior Songwriter’s Festival to name a few. His albums and live performances can be found on radio shows including WDVX’s Blue Plate Special, WSM’s Honky Tonk Round Up, Australia’s Cosmic Cowboy Cafe, Texas’ KKYX, Florida’s 30A Songwriter’s Radio. He is often featured in songwriter rounds with hit writers and top shelf performers and has opened several shows featuring major artists. Living in the Heart of Dixie and the Americana Music Triangle, Matt appears regularly at venues all over “The Hit Recording Capitol of the World”…Muscle Shoals, AL as well as Nashville’s famous Blue Bird Cafe, The Nashville Palace and Nashville’s Honky Tonk Tuesday Nights.