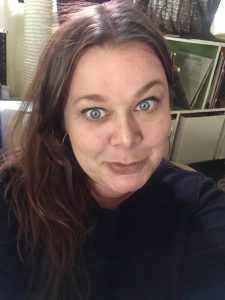 Charlotte Smith is owner of Pop Shop Records and WordSmith Communications PR firm, both located in Baton Rouge, Louisiana. She is also a journalist with the Associated Press and numerous national and international publications, as well as a professional singer and songwriter, with an easy, old country, laid back quality to her writing, and a deep resonance to her vocals.

Originally from England, Charlotte moved to Baton Rouge, Louisiana, while in middle school, later receiving her undergraduate degree from Louisiana State University. She returned to London upon graduation, and continued her studies while working in public relations for the Mayor of London’s Office as Public Information Officer. She also served as a speech writer for Amnesty International  wFor was moving into the fields of A&R and Publicity.

Charlotte returned to Louisiana in 2008, and makes her home in Baton Rouge where she continues writing, promoters local singer/songwriters, and  runs her record shop. She is a fan of the people, the food, the culture, and the music of the area. Her aim is to use her talents to further promote the music of the region by supporting local bands and solo artists, who can find a space for their creative wheels to turn at Pop Shop Records. She also uses her skills as a writer and PR professional to highlight their achievements.