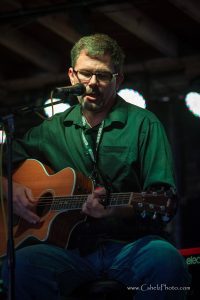 Taylor Craven has been recognized twice in American Songwriter Magazine. In 2014, his co-writer, Matt Hoggatt (Buffett’s Mail Boat Records), recorded “Workaholic in Recovery” (also co-written with Darwin/Dana Nelson) as the title track on his album, and the single was a favorite on Radio Margaritaville. In the annual Texas Troubadour Songwriter Classic, Taylor received top ten recognition in 2014 and 2015. He has had over 15 songs recorded by numerous artists, including Double Dee, Christina Christian, and the gospel cut by Amanda Pruitt, “On My Knees” (written with Tommy Crawford), which is on her album, Strong, with Melody Roundup Music.

“Somewhere Between Bridges,” written with Bo Roberts, has been recorded and released by 2017’s Ameripolitan Music Outlaw Group of the year artist Dallas Moore, on his new CD, Mr. Honky Tonk, (produced by Dean Miller, the son of the great Roger Miller) for SOL Records.

In 2016, another Craven/Crawford collaboration, “Claws (A Cat’s Letter To Santa,” was named Song of the Year 2016, by Strictly Country Music. It was recorded by the legendary Ray Stevens for his Christmas album, “Mary and Joseph and the Baby and Me.”

Taylor has written with numerous hit songwriters including Roberts, Wild Bill Emerson, Gerald Smith, Dennis Knutson and Troy Martin, to name a few. He is a member of the trio, “Delta Coast,” along with Darwin and Dana Nelson.

From Clarksdale, Mississippi, Taylor now lives in Ocean Springs, where he served as a founding member of the MS Songwriter Festival and Alliance.