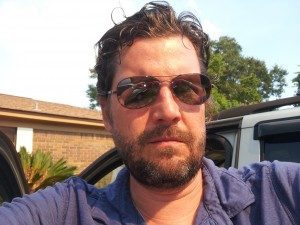 Jason Justice is an Alabama man with southern charm and virtue that is evident throughout his music.

After he was discharged from the Navy, a combat war veteran, he fine tuned his musical ability on the guitar and harmonica and has been playing for more than 10 years. His influences include Jerry Jeff Walker, Merle Haggard, Billy Joe Shaver, and Waylon Jennings. Jason’s wit and humor offer his unique perspectives on life’s experiences delivered through a gritty country crunch.

Jason and his band have opened up for such acts as Alan Jackson, Hank III, David Allen Coe, Billy Joe Shaver, Pat Green, Drive by Truckers and others. After moving to Perdido Key 10 years ago, the beach and its laid back lifestyle, combined with his honky tonk soul, have led Jason to write some original toe-tappin’, beer-swillin’ music. Jason’s music is a soulful reminder of what country music is all about.